Your browser is unsupported and may have security vulnerabilities! Upgrade to a newer browser to experience this site in all it's glory.
Skip to main content

Continuity is key after change at the top for Breakfast Club

Culture and consistency were identified as the priorities for the Hull Businesswomen’s Breakfast Club as the chair’s chain passed between two prominent members, now being held by Claire Suggitt.

Freya Cross, a founding member and one of only a handful to have served as chair twice, paved the way for the club’s City of Culture involvement with a packed programme of guest speakers, educational support and social events.

She has handed over to Claire Suggitt, a member of the club for the last three years, who urged members and businesses generally to make the most of Hull’s year of opportunity.

Freya, business and corporate manager at The Deep and a member of the national board of the Business Centre Association, said the highlight of her year included the ongoing development of a project with Malet Lambert School and a speaker programme which featured such key issues as unconscious bias and also gave insight into the renewables industry.

She said: “I had three remits – culture, education and enterprise – and they have been reflected by our programme of speakers. We have an ongoing project under way with Malet Lambert and we will be working with the school showcasing some of the work in a display at Princes Quay next year.

“The year has been one of preparation for City of Culture and we have also had some good social events and some very interesting and informative speakers.”

Freya’s second term as chair came 20 years after her first, and she spoke of the changes in the work environment which have been reflected in the membership of the club.

She said: “Globalisation has made the world a much smaller place and technology has extended the working day from eight hours to 24, with social media driving the need to constantly be in touch.

“Technology generally enables fewer staff to produce and deliver more and has also brought changes in the office environment, with hot desks and co-working spaces. Some of the changes to employment law are particularly relevant to women in business, notably maternity and paternity advances and improved childcare.”

Claire, manager of Princes Quay Shopping Centre and a member of the board of HullBID, said the club’s programme for 2017 will follow the four seasons theme adopted by City of Culture.

She said: “We are going to be looking at some activities which fall in line with the programme and some things that haven’t happened in Hull before. It’s a great privilege to be involved and to lead such a remarkable group of people through 2017.

“It’s also a way for us to get together and enjoy the events because this is our time. It’s really critical that everybody in business gets prepared, embraces it and uses it as an amazing platform for business.”

The handover took place at the club’s annual general meeting at Hull Golf Club. The club, which was formed in 1993, currently has 47 members with a ceiling of 50 and limits on the number of people from each business sector. 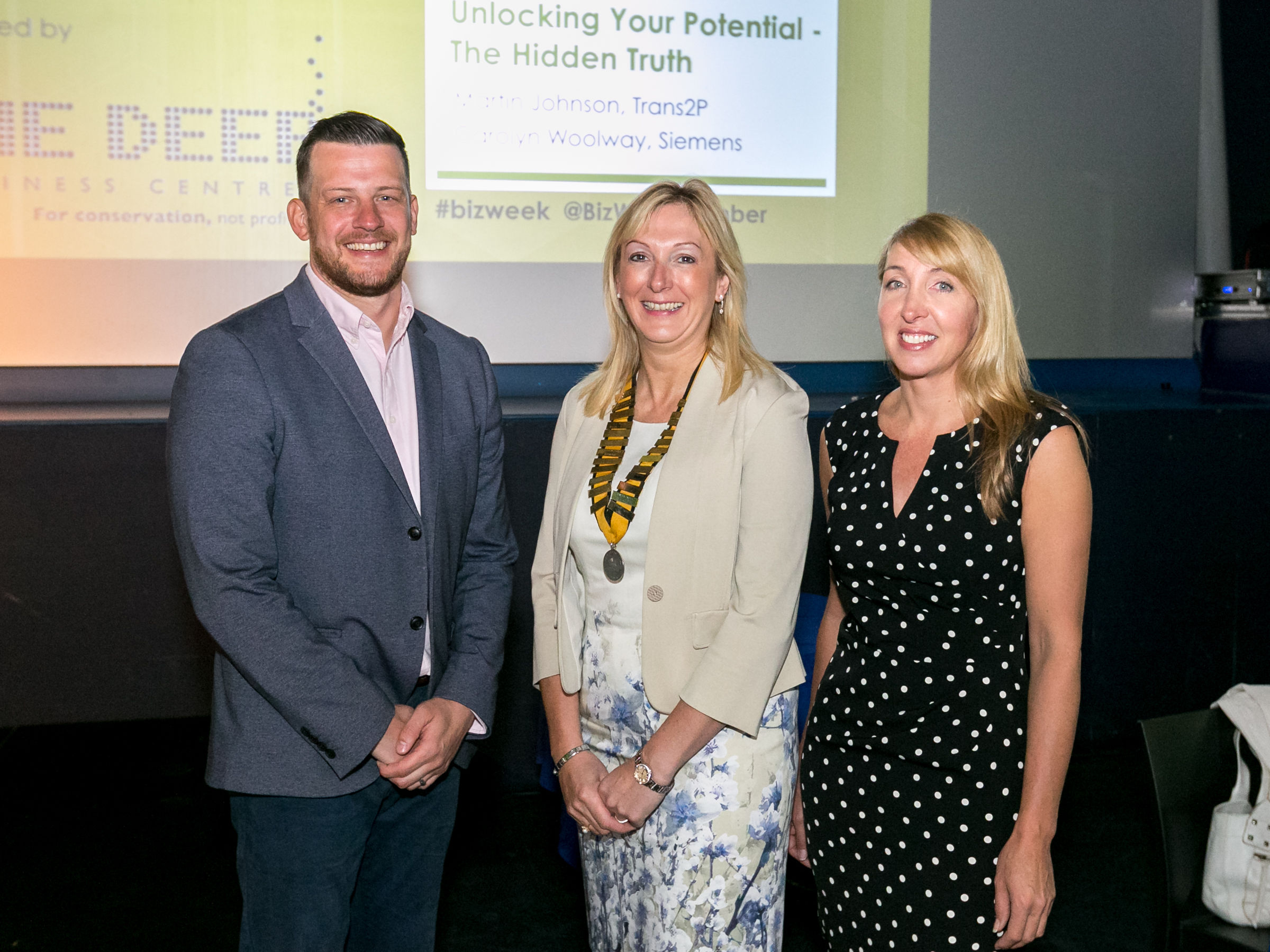